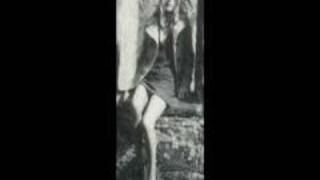 Full title: 20th Century Masters: The Millennium Collection: The Best Of Tim Hardin.
Personnel includes: Tim Hardin (vocals, acoustic guitar).
Includes liner notes by Joseph F. Laredo.
All tracks are digitally remastered.
This is part of Polydor's "20th Century Masters/The Millenium Collection" series.
Liner Note Authors: Henry Diltz; Joseph F. Laredo.
Photographer: Henry Diltz.
Whereas some entries in Universal's 20TH CENTURY MASTERS series of budget-priced collections overlap greatly with other compilations, some fill a valuable but neglected niche. Several comprehensive reissues of Tim Hardin's solo albums have been released over the years, but until now, there's never been a simple starting point for casual observers who know Hardin through Bobby Darin's smash version of "If I Were a Carpenter" or Rod Stewart's sensitive reading of "Reason to Believe." Hardin's versions of both of those standards, along with other familiar songs like "Misty Roses" and "Lady Came from Baltimore," are here on this well-chosen 12-track anthology. Although Hardin remained better known as a songwriter than as a singer for the entirety of his short career, 20TH CENTURY MASTERS: THE MILLENNIUM COLLECTION shows that he was a gifted, sensitive performer of his own songs. Though the disc is unnecessary for long-time fans, this is the best possible introduction for curious newcomers.

31%off
Stealers Wheel
The Hits Collection: Stuck in the Middle With You
$8.98 CD Sale
Add to Cart

44%off
The Mamas & the Papas
The Ultimate Collection
$9.98 CD Sale
Add to Cart