Get email alerts for Puscifer
Out of Print: Future availability is unknown
Notify Me When Available
Add to Wishlist
Format:  Vinyl LP
item number:  6XV6H
91% recommend us! 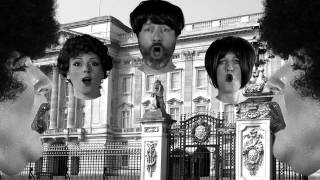 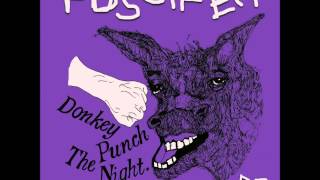 While his other bands always had a very serious vibe about them, Maynard James Keenan seems like he's exploring his more playful side with his most recent musical project, Puscifer. On its latest effort, the Donkey Punch the Night EP, the band returns with a collection of covers, remixes, and a pair of new tracks. While new tracks "Breathe" and "Dear Brother" are definitely worth the trip, the real stars of the show are the covers of Queen's "Bohemian Rhapsody" and Accept's "Balls to the Wall." While these songs might seem like joke choices coming from the guy who fronted a serious art metal outfit like Tool, they provide a telling window into Keenan's influences. "Bohemian Rhapsody [O.G. Mix]" accentuates the singer's penchant for the dramatic with a relatively straight-ahead rendition of the operatic Queen classic. Meanwhile, "Balls to the Wall [Pillow Fight Mix]" really shows off the kind of simmering anger that Keenan has been mixing with ennui and injecting into his work for decades. Though Donkey Punch the Night isn't the best place to jump into Puscifer's work, it's a well-crafted and thoroughly entertaining EP that will definitely keep Keenan's fans hungry for more. ~ Gregory Heaney

Puscifer
Conditions of My Parole
$23.40
Add to Cart

Puscifer
Conditions Of My Parole
$13.60
Add to Cart