The Bride of Frankenstein (Classic Collection)

The monster demands a mate. 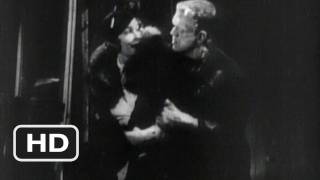 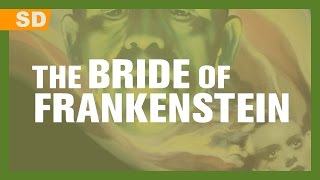 The Bride of Frankenstein (1935) Trailer

She's Alive! Creating The Bride of Frankenstein, an Original Documentary

One of the most popular horror classics of all time and an acclaimed sequel to the original Frankenstein. The legendary Boris Karloff reprises his role as the screen's most misunderstood monster who now longs for a mate of his own. Colin Clive is back as the overly ambitious Dr. Frankenstein, who creates the ill-fated bride (Elsa Lanchester). Directed by the original's James Whale (his last horror film) and featuring a haunting musical score, The Bride of Frankenstein ranks as one of the finest films not only of the genre, but for all time.

James Whale's BRIDE OF FRANKENSTEIN, the sequel to his classic FRANKENSTEIN, is considered one of the best horror films of all time. After the Monster (Boris Karloff) is trapped in a windmill fire, Dr. Henry Frankenstein (Colin Clive) assumes that the fiendish murderer has perished...but he's not dead yet. Rising from the rubble, the Monster is on the loose again--lonely and misunderstood, and killing those who cross him. Frankenstein wants to forget his creation, but the evil Dr. Pretorius (Ernest Thesiger) has a diabolical plan to create a mate for the Monster, and Frankenstein must comply or else.

THE BRIDE OF FRANKENSTEIN, a masterly mix of horror and black comedy, is the first in a series of sequels to FRANKENSTEIN (SON OF FRANKENSTEIN, HOUSE OF FRANKENSTEIN). In the wry prologue, Mary Shelley (Elsa Lanchester) resumes her gothic tale after the face-off in a burning windmill between Henry Frankenstein (Colin Clive) and his horrific creation, the Monster (Boris Karloff). Presumed dead, the fiend rises again, immediately dispatching two villagers and wandering into the forest. Meanwhile, at chez Frankenstein, the archly villainous Dr. Pretorius (Ernest Thesiger) arrives, demanding to see Henry "on a secret grave matter."
In a touching scene, the Monster, chased by countless angry mobs, finds brief respite with a blind hermit (O.P. Heggie) who befriends him and teaches him to speak. Mad-as-a-hatter Pretorius blackmails unwilling Henry into creating a female monster, culminating in another gorgeously filmed laboratory scene of lightning, flying kites, and whirring gizmos. Once the lightning-streaked, big-haired, white-robed Bride (Elsa Lanchester again) walks, how will the Monster react; who will live and who will die' Horror fans will delight in Whale's superb camera work of sweeping crane shots and canted angles, the cavernous, shadowy sets, and the atmospheric Franz Waxman score.

Customer Rating:
Based on 24916 ratings.


I got 'The Mummy' at the beginning of the year from Alpha (they had a very limited amount for sale on this site), & it was only $5.95 for a Universal OOP title!!! How do they do it? Get this classic now before it's gone...A must!!!