It Came from Outer Space G

Fantastic sights leap out at you!

12K ratings
Available: Usually ships in 2-5 business days
Add to Cart
Add to Wishlist
Format:  DVD
item number:  GG68
Different formats available:
It Came from Outer Space (Blu-ray) for $12.50
Related products:
The Thing from Another World (Blu-ray) for $20
I Married a Monster from Outer Space for $14.50
Killers From Space for $5.95
The Thing from Another World (aka "The Thing") for $12.10
Our customers love us! 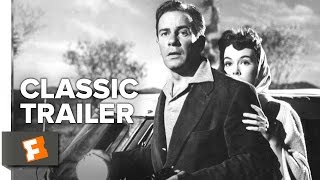 The Universe According to Universal, an Original Documentary on It Came From Outer Space

Amateur astronomer John Putnam (Richard Carlson) and his fiance Ellen Fields (Barbara Rush) are stargazing in the desert when a spaceship bursts from the sky and crashes to the ground. Just before a landslide buries the ship, a mysterious creature emerges and disappears into the darkness. Of course, when he tells his story to the sheriff (Charles Drake), John is branded a crackpot; but before long, strange things begin to happen, and the tide of disbelief turns...

Based on a story by acclaimed writer Ray Bradbury, It Came From Outer Space is a science fiction classic that is as thought-provoking and tantalizing today as it was when it first "landed" on the silver screen.

A meteor crashes in the desert near a small Arizona town, and research scientist John Putnam (Richard Carlson) thinks it's a spaceship, but no one will believe him except his loyal girlfriend, Ellen (Barbara Rush). Weird evidence begins to back up his theory however, from the strange behavior of some of the locals, to the slime trails, the ghostly noises in the phone lines, and the apparitions of hideous alien eyes swooping down on passing cars. Director Jack Arnold (CREATURE FROM THE BLACK LAGOON) lets the story unfold deliberately, and infuses the desert locale with all the unearthly mystery of an alien landscape, helping to make this one of the best science fiction films of the 1950s. Charles Drake is Matt, the sheriff who first thinks John is a fool with all this flying saucer talk, and who later tries to lead a posse against the aliens when the truth is too blatant to ignore. It's based on a story by Ray Bradbury, with an eerie, theremin score, on which Henry Mancini is an unbilled contributor.

Hot
The Jetsons - No Space for Sprockets
$1.98 on Sale
Add to Cart