"His hideous howl a dirge of death!" 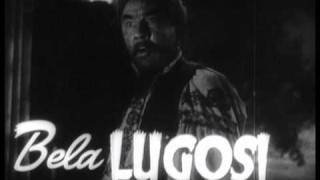 Monster by Moonlight, an Original Documentary on the Making of The Wolf Man

"Even the man who is pure in heart
And says his prayers by night
May become a wolf when the wolf bane blooms
And the moon is pure and bright..."
- Maleva (MARIA OUSPENSKAYA)

The original horror classic that introduced one of the screen's most infamous monsters! Lon Chaney, Jr. portrays Larry Talbot, who returns to his father's (Claude Rains) castle in Wales and meets a beautiful woman (Evelyn Ankers). One fateful night, Talbot escorts her to a local carnival where Jenny's fate is revealed by a mysterious gypsy fortune teller. The dreamlike atmospheres and elaborate settings combined with a chilling musical score make The Wolf Man a masterpiece not only of the genre, but for all time!

In this horror classic, Larry Talbot (Lon Chaney, Jr.) returns to his father's castle in Wales to join a beautiful woman (Evelyn Ankers). Talbot escorts her to a local carnival, where a gypsy fortune teller, Bela (Bela Lugosi), predicts the horrors that await and brings to light the curse of the wolf. Later, Bela, who already has transformed into part man/part wolf, attacks Larry to transform him as well.

After returning home to his English village, Larry Talbot gets attacked by a werewolf in the forest. Although he kills the beast, Larry realizes he has received a bite during the struggle -- a bite that passes along the monster's curse to him.
Maleva, the gypsy mother of the dead wolfman, comes to Larry's aid and tells him that he too will now transform into a werewolf each time there's a full moon. While the story sounds ridiculous to Larry, he starts to believe it once more brutal killings occur in the village.
Neither his father, Sir John Talbot, nor the woman Larry loves are willing to believe the truth... but soon they're forced to confront the nature of Larry's curse as well.

17%off
Creature from the Black Lagoon
$12.50 Super Savings
Add to Cart