There can be no understanding between the hands and the brain unless the heart acts as mediator. 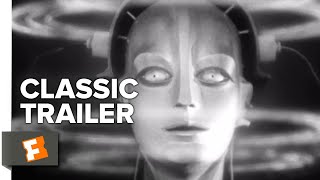 Perhaps the most famous and influential of all silent films, Metropolis had for 75 years been seen only in shortened or truncated versions. Now, restored in Germany with state of the art digital technology, under the supervision of the Murnau Foundation, and with the original 1927 orchestral score by Gottfried Huppertz added, Metropolis can be appreciated in its full glory.

Metropolis takes place in 2026, when the population is divided between workers who must live in the dark underground and the rich who enjoy a futuristic city of splendor. The tense balance of these two societies is realized through images that are among the most famous of the 20th century, many of which presage such sci-fi landmarks as 2001: A Space Odyssey and Blade Runner. Lavish and spectacular, with elaborate sets and modern science fiction style, Metropolis stands today as the crowning achievement of the German silent cinema.


If you've seen this movie in prior versions and liked it, you owe it to yourself to see the version restored on this DVD. The added footage really brings the social commentary out into three dimensions, even if it is a little melodramatic. Kino as usual does a wonderful job with the DVD extras- lovingly prepared by movie lovers for movie lovers.