The Strangest and Most Savage Manhunt in History! 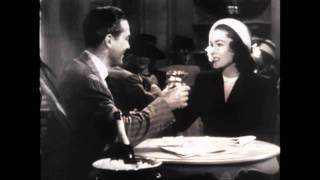 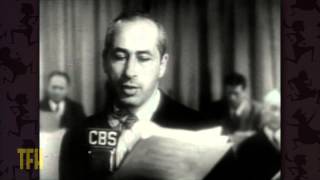 Just 24 hours ago his life was perfect. Oscar-winning Best Actor Ray Milland stars in this smart and stylish thriller based on Kenneth Fearing's novel and precursor to 1987's No Way Out starring Kevin Costner. Milland portrays hotshot crime magazine editor George Stroud, who inadvertently becomes the subject of a murder investigation after spending an evening with his boss' (Charles Laughton) mistress. She ends up dead and he is being framed by the actual killer. Meanwhile, at the publishing office, Stroud's competent staff scurries for clues while he finds himself in a race against the clock. It seems the prime suspect they are seeking matches an all-too-familiar description...his own! Maureen O'Sullivan and George Macready co-star in this richly told, often humorous story The New Yorker hailed as "slick and entertaining." Known for its intriguing film noir cinematography and featuring beautiful costumes by Edith Head, this is one suspense classic you won't want to miss.

In this vintage film noir, crime-rag publisher Earl Janoth (Charles Laughton) tries to tag his editor George Stroud (Ray Milland) with the savage murder of the publisher's mistress when he glimpses the editor skulking out of her apartment. The twist to an otherwise familiar tale is that Janoth assigns Stroud to find the killer, even as the clues start pointing right at the editor himself. Based on Kenneth Fearing's novel, the film was remade in 1987 as NO WAY OUT.

When powerful publisher Earl Janoth arrives at his mistress's apartment, he catches sight of a man leaving the premises. Sick with jealousy, Janoth murders her -- and decides to implicate the man he glimpsed earlier. So, under the guise of business, the magnate orders George Stroud, the editor of a crime magazine, to find the missing person.
But what Janoth doesn't realize is that George himself is the man he's trying to frame...