Between love and loyalty... Between life and death... Lies a choice no mother should have to make. 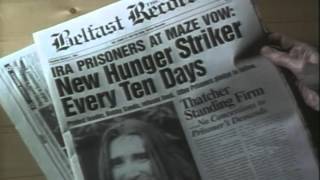 Surrounded by the conflict in Northern Ireland, Kathleen Quigley has managed to stay clear of it, devoting herself to her three children. Yet in a single moment, the war claims her as one of its living victims. Kathleen is caught in an inescapable political crossfire when her son, actively involved with the IRA, is jailed by the British.Helen Mirren portrays Kathleen in a powerful drama of courage and love from the makers of In the Name of the Father. Kathleen's sudden involvement in the conflict brings her into contact with Annie (Fionnula Flanagan), the mother of another imprisoned youth. Together, the two women form an intense bond as they confront a shattering dilemma: honor their sons' belief or intervene to save their lives.

After her son is arrested, an upstanding Irish Catholic schoolteacher faces the difficult choice of standing up for her son or decrying his pro-I.R.A beliefs. Further fuel is added to the fire when, to demonstrate their status as prisoners of war, he joins his fellow inmates in a hunger strike--and indicates his willingness to die for a cause in which she does not believe.

Family Interaction | Death | Prison / Prisoners | Politics | True Story | Injustice | Social Issues | Tragedy | Theatrical Release
This product is made-on-demand by the manufacturer using DVD-R recordable media. Almost all DVD players can play DVD-Rs (except for some older models made before 2000) - please consult your owner's manual for formats compatible with your player. These DVD-Rs may not play on all computers or DVD player/recorders. To address this, the manufacturer recommends viewing this product on a DVD player that does not have recording capability.

Out of Ireland - The Story of Irish Emigration into America
$17.20 Super Savings
Add to Cart