One heist. One chance. 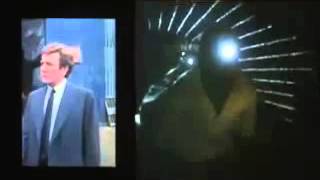 A group of highly skilled and daring criminals plot to rob one of the most impregnable banks in all of London. Their plan is to break into the vault through the city sewer system.

Because he's up to his neck in debts, mild-mannered architect Stephen Booker can't resist getting mixed up with a gang of criminals out to rob London's most secure bank.
The mastermind behind the plan is Mike Daniels, an expert safecracker who recruits Stephen, along with a group of other talented pros.
As the thieves prepare to pull off the job, Stephen's loving wife, Jenny, becomes concerned about her husband. But once the gang begins making its way into the bank's vault, it's too late for Stephen to back out. Will the gang succeed or will the police foil the caper'