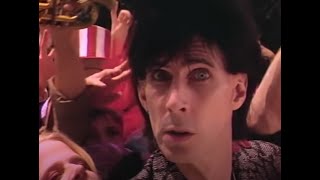 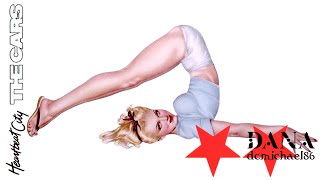 The Cars: Ric Ocasek (vocals, guitar, keyboards); Ben Orr (vocals, bass); Elliot Easton (guitar, background vocals); Greg Hawkes (keyboards, background vocals); David Robinson (drums, percussion).
Recorded at Battery Studios, London, England.
Coming off the less-than-classic Shake It Up, the Cars decided again to change things up, this time moving from their home studio in Boston to London to record with Mutt Lange. The producer was coming off a string of sleek modern hits, most recently Def Leppard's Pyromania, and the Cars put themselves in Lange's capable and demanding hands. They spent six months in the studio painstakingly putting the album together, sometimes spending days getting the right bass sound or vocal take. The bandmembers were rarely in the room at the same time and instead of using live drums on the record, Lange and David Robinson put together drum tracks using samples of Robinson's playing. This sounds a bit like the recipe for a airless, stale album, but much like Pyromania, Heartbeat City is a gleaming pop masterpiece. The producer's golden touch, the strength of the songs Ric Ocasek wrote, and the stunning vocal performance both he and Benjamin Orr deliver make the album one of the best of the '80s and something that still sounds perfect many years later. It's a near-total reboot of the Cars' sound, giving them a thoroughly modern upgrade while still retaining enough of the DNA from their early hits to keep it a Cars album. Songs like "You Might Think" and "Magic" have the power chords and chugging rhythms, "It's Not the Night" has the dramatic emotion, and "Looking for Love" has some chirpy new wave in the verses, but most of the album takes the band to new places. "Hello Again" is arena-sized modern rock with some very Def Lep backing vocals -- something that pops up on almost every song -- and "Drive" is a timelessly romantic ballad that perfects the MOR sound that the previous album hinted at. The title track is moody soft pop with smooth synth pads and a crooning vocal by Ocasek, "Stranger Eyes" is basically a mash-up of Def Lep and the Cars with the addition of a few wonderfully corny synth sound effects, and "It's Not the Night" is pure AOR balladry that sounds like it could have been on Foreigner 4, another record Lange produced. Overall, Heartbeat City is a masterful example of how a band can reinvent itself without losing what made it great in the first place. Credit Lange's production savvy, Ocasek's songwriting genius, or the band's dedication to adding just what each song needed; when you combine them all it makes for brilliant pop and one of the landmark albums of the era. ~ Tim Sendra