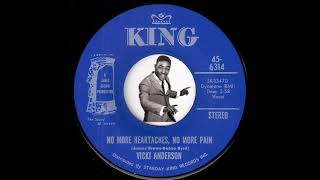 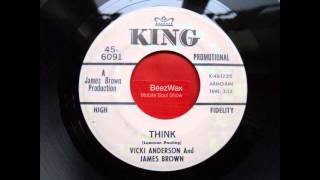 Vicki Anderson is most highly regarded by critics and collectors for the funkiest of her records, particularly those she did in the early 1970s while she was associated with James Brown. The subtitle of this compilation, "James Brown Productions from the Pre-Funk Years," is fair warning that this isn't a best-of, and is targeted more toward soul and Brown completists. For Anderson, like several female vocalists who worked with Brown in the studio and on-stage, collaborating with Soul Brother One was a double-edged sword. She was a good but rather average soul singer who might well never have gotten as far as she did without Brown's help. On the other hand, Brown was always going to concentrate on his own career first and foremost, meaning that the obscure 1964-1970 discs on this CD (which also has a couple of previously unissued tracks) were uneven, sometimes surprisingly mediocre, and not too similar to Brown's classics in either style or quality. Much of it's surprisingly un-Brown-like, and behind the cutting edge of the times, at times echoing the doo wop-ish R&B tunes or orchestrated pop-soul of the early '60s rather than the oncoming funk revolution. Motown's influence is apparent at other times, the 1964 single "My Man" sounding like a Mary Wells session with only half of Motown's usual production depth. But if you're not expecting the moon, or at least not something too James Brown-ish, it has its selective merits as fair period soul, though Anderson doesn't establish a particularly identifiable sound. One unexpected highlight is the previously unissued cover of "All in My Mind," where she lets loose more than usual. Another is the Brown-Bobby Byrd co-write "No More Heartaches, No More Pain," which is fair early funk. And the closer, the 1970 single "In the Land of Milk and Honey" (written by Anderson and Brown in collaboration with a couple others), is by far the best track. Its brooding, galvanizing mix of funk and straightforward soul, along with a touch of social consciousness, showed what she could do with the right material, her voice soaring as if to rise to the occasion. Also of interest to Brown collectors are a couple of Anderson-Brown duets, as well as a couple with Brown right-hand man (and Anderson's husband) Bobby Byrd. In all, it's a well-packaged niche release for those with intense interest in deep corners of James Brown's extracurricular activities, with detailed liner notes about both Anderson and her work with godfather of soul. ~ Richie Unterberger

50%off
The Righteous Brothers
The Very Best of Unchained Melody
$8.49 CD Sale
Add to Cart