The Man Who Wasn't There (Blu-ray) R

The more you see, the less you really know. 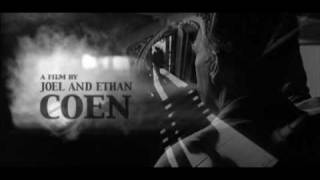 The man who wasn't there - Trailer - HQ 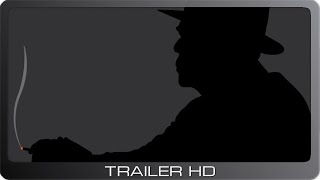 The Coen brothers' THE MAN WHO WASN'T THERE is a brilliantly photographed black-and-white absurdist noir set in Santa Rosa, California, in 1949. Ed Crane (the outstanding Billy Bob Thornton) is a slow-moving, barely talking barber who doesn't seem to want much out of life. He has virtually no relationship with his wife, Doris (Frances McDormand), who has more fun with her boss, Big Dave (James Gandolfini). But when a strange character (Jon Polito) lets it be known that he's looking for a silent partner to finance his dream business (something he calls dry cleaning), Ed sees a possible way out of his doldrums. Just like any good James M. Cain novel (which the Coens cited as a major influence on the story), blackmail, deceit, violence, murder, and double crossing ensue, all with the magic Coen twists and turns.

THE MAN WHO WASN'T THERE looks simply magnificent; the cinematography, the outfits, and the set designs perfectly capture this intriguing post-WWII paranoid world embodied by misfits, cheats, simpletons, con men, and other ne'er-do-wells. Thornton, who also supplies the wonderfully droll narration, gives a bravura performance as Ed, the everyman who has never strayed from the straight and narrow--until now. Always with a Chesterfield in his mouth, he wanders from scene to scene almost as if he's a spectator--even though he's at the center of everything that goes on. The supporting cast, as usual in a Coen brothers film, is outstanding, including McDormand, Gandolfini, Polito, Tony Shalhoub, Richard Jenkins, and Scarlett Johansson as a young potential piano prodigy.