Bond - The Spy Who Loved Me PG 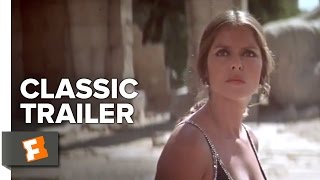 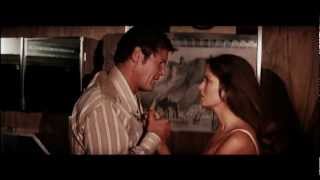 The Spy Who Loved Me (Bond 50 Trailer)

"Now I want you to take good care of this equipment."--Q (Desmond Llewelyn) to James Bond (Roger Moore)
"Have I ever let you down, Q'"--James Bond
"Frequently!"
- Q

THE SPY WHO LOVED ME, the 10th film in the James Bond series, ventures not only into the depths of the ocean but into the deep topic of betrayal and morality as well, placing it among the boldest of the 007 films. James Bond (Roger Moore) is coupled with Russian agent Anya "Triple-X" Amasova (Barbara Bach) to recover stolen Soviet submarines from evil oceanographer Carl Stromberg (Curt Jurgens) and his gigantic lackey, Jaws (Richard Kiel). When Triple-X learns that Bond killed her husband on a mission in the Alps, she must overcome her selfish notions of revenge and work with 007 for the good of the world.

In addition to the Bond staple of girls and gadgetry, the film features beautifully shot footage of the Austrian Alps, Venice, and the Egyptian pyramids. Furthermore, director Lewis Gilbert uses the film to push the cinematic envelope with stunning underwater action sequences, that leave the viewer gasping for air and a vodka martini--shaken, not stirred.

This rousing thriller features Agent 007 teaming up with a seductive Russian agent in an attempt to stop a madman's plot for world destruction. Standing in Bond's way is a giant named Jaws.