Bond - For Your Eyes Only PG 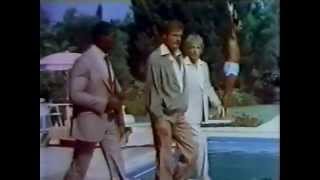 For Your Eyes Only 1981 TV trailer 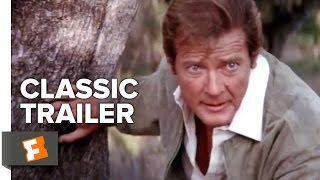 Roger Moore makes his fifth appearance as 007 in this, the twelfth Bond film. In this outing, the renowned British double agent must locate a weapons system known as ATAC, which controls Great Britain's submarines, after it is sunk on a ship in the Ionian Sea. While he must contend with a formidable foe in the villain known as Kristatos (Julian Glover), he does have the lovely and talented Melina (Carole Bouquet), the daughter of a scientist killed by Kristatos, on his side. For fans craving their old favorites, Blofeld, Moneypenny and Q all put in appearances. The stunts come fast and furious, most notably a breathtaking race down a ski slope at the film's opening. Academy Award Nominations: Best Original Song ("For Your Eyes Only").

James Bond trades in his stylish wardrobe and trademark fancy gadgets for an action-packed mission filled with stunts, chases and elaborate set pieces. Sent to recover a secret government apparatus hidden somewhere at the bottom of the Mediterranean Sea, 007 has to contend with hungry sharks as well as an array of enemy agents.