Get email alerts for Tha Alkaholiks
13 ratings
Currently Out of Stock: We'll get more as soon as possible
Notify Me When Available
Add to Wishlist
Format:  CD
sku:  SSP 49366
92% recommend us! 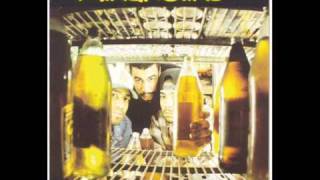 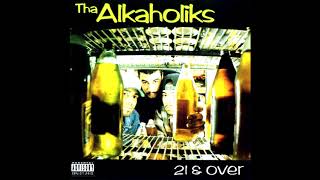 Tha Alkaholiks: J-Ro, Tash, E-Swift.
Producers: E-Swift, Derick "D. Pimp" Williams, The Loot Pack, King Tee.
Recorded at Yo Mama's House, Los Angeles, California.
Ohio natives turned West Coast underground kings, Tha Alkaholiks have long been one of hip-hop's best-kept secrets: hilarious lyrical acrobats who have never received the critical or commercial support they deserve. Assembled by gangsta rapper King Tee, they offer a witty, anarchic, and party-friendly alternative to the stone-faced, largely humorless gangsta rap that ruled the West Coast throughout much of the early '90s. With the punch lines and comic timing of comedians and undeniable skills and killer delivery of topnotch MCs, rappers J-Ro and Tash have more than enough talent and energy to back up their endlessly clever boasting. Producer, DJ, and occasional MC, E-Swift is the group's secret weapon, an unjustly underrated beatsmith whose rubbery grooves and infectious production help make Tha Alkaholiks perhaps the greatest party group in hip-hop history. With titles like "Last Call," "Mary Jane," and "Only When I'm Drunk," Tha Alkaholiks will never be mistaken for members of some sort of latter-day temperance movement, but their music, rhymes, and beats are so irreverent, infectious, and just plain fun that their booze-loving shtick never gets old. Brief (only ten songs) and filler-free, 21 & Over is perhaps the quintessential West Coast party album, as well as one of the most promising debut albums of the '90s, regardless of genre. ~ Nathan Rabin