Truth can be dangerous...Trust can be deadly. 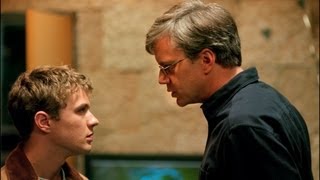 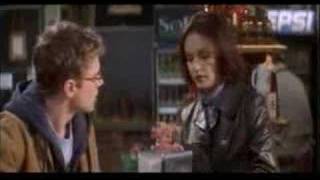 Stanford grad Milo Hoffman (Ryan Phillippe) and his equally talented friend, Teddy (Yee Jee Tso), intend to form an Internet start-up and take the world by storm. That all changes when Milo is courted by deceptively friendly software magnate Gary Winston (Tim Robbins), the immensely wealthy head of world-dominating, Portland-based company, NURV. Milo takes the bait, leaving Teddy behind. Arriving in Portland to a NURV-provided house and car, with his girlfriend (Claire Forlani) in tow, Milo finds himself working on Winston's masterplan--software that will link the world's communications devices together. But it's not long before Milo begins to uncover disturbing evidence of Winston's unethical--and brutal--business tactics. When Winston's web of violence touches Milo's world, he joins forces with fellow NURV programmer, Lisa (Rachael Leigh Cook), and sets out to tell the world of Winston's reprehensible practices.

Though obviously influenced by the practices of a certain Pacific Northwest-based software empire and its recognizable leader, Howard Franklin's (THE NAME OF THE ROSE) script is a snappy popcorn-muncher that manages to generate suspense even though it realizes its own excesses. Robbins, as evil geek Gary Winston, is obviously having a good time. ANTITRUST takes the conventions of the conspiracy film and adds a candy-colored millennial sheen.