On the way to finding a family, she found love. 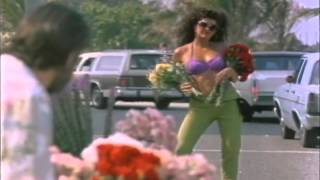 "I'm like Cuba, used by many, conquered by no one"
- Dottie Perez (MARISA TOMEI)

Free-spirited Dottie Perez (Marisa Tomei) is leaving Cuba for America, her head filled with dreams of movies, mascara and dates with John Wayne. Straight-laced Juan Perez (Alfred Molina) is headed for a reunion with the wife (Anjelica Huston) and daughter (Trini Alvarado) he hasn't seen in twenty years. But when an overworked immigration official mistakes Dottie and Juan for husband and wife, the stage is set for a marital mix-up and some very unpredictable romances.

A vivacious Cuban girl looking for freedom in America and a conservative family man returning to his wife after 20 years are mistaken for husband and wife by immigration officers, leading to an accidental love triangle with hilarious consequences. Set in Miami's Little Havana.

Freshly released from a Cuban prison, and finally on his way to Miami to meet up with his wife and daughter, Juan Raul Perez encounters an alluring young prostitute named Dottie Perez. When the US authorities see the same last name, they mistakenly sign the two up as a married couple. The comedy of errors continues, however, when Juan's real wife Carmela Perez concludes that her husband never landed in the US and yields to the advances of charismatic cop John Pirelli. Assuming that they've been abandoned by their spouses, Carmela and Juan try make a new life in the United States.

Fires Within
$19
Add to Cart