Get email alerts for Sheryl Crow
110 ratings
Available: Usually ships in 2-5 business days
Only 5 copies left
Add to Cart
Add to Wishlist
Format:  CD
sku:  ZUCL 0960
Related products:
The Very Best of Sheryl Crow for $11.98
Sheryl Crow: Everyday Is A Winding Road: The Collection for $11.20
Sheryl Crow: Be Myself for $18.10
Sheryl Crow: Threads for $14.60
Our customers love us! 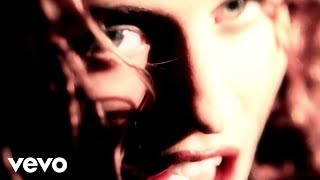 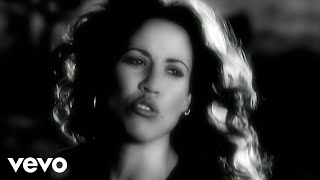 Personnel: Sheryl Crow (vocals, guitar, piano, Hammond organ); Bill Bottrell, David Baerwald (guitar); Wendell Crow (trumpet); David Ricketts, Dan Schwartz (bass); Kevin Gilbert, Brian Macleod (drums).
Recorded at Toad Hall, Pasadena, California.
"All I Wanna Do" won 1995 Grammy Awards for Record Of The Year and Best Pop Vocal Performance, Female; and Sheryl Crow won the Grammy for Best New Artist. "All I Wanna Do" was also nominated for Song Of The Year.
Personnel: Sheryl Crow (vocals, guitar, piano); Dan Schwartz, David Baerwald, Bill Bottrell (guitar); Kevin Gilbert (drums).
Liner Note Author: Sheryl Crow.
Recording information: 1992-1993.
Photographers: Melodie McDaniel; Peggy Sirota.
With her gruff, edgy delivery and sweet, seductive timbre, singer-songwriter Sheryl Crow evokes comparisons to tough yet tender blues-rockers like Bonnie Raitt, Lou Ann Barton and Angela Strehli. But Sheryl Crow is too talented to be plugged into any one stylistic bag. TUESDAY NIGHT MUSIC CLUB is a striking debut recording, teeming with the kind of musical curiosity all too rare in contemporary pop--all animated by Crow's remarkable storytelling skills.
From the Beatles overtones of her freedom cry "Run Baby Run" to the sweet pedal-steel inflected gospel of "I Shall Believe," Sheryl Crow brings a post-modern country sensibility to bear on her material (as in the touching "No One Said It Would Be Easy"), more often as a flavor in the stew than as the primary ingredient (like her hit single "All I Wanna Do," which evokes the country cum blue strains of Maria "Midnight At The Oasis" Muldaur). As for her narrative stylings, on "Leaving Las Vegas" she mixes her metaphors to equate relationships to games of chance, tolling themes of duty and resignation that also resonate throughout the jazzy "We Do What We Can." Her characters are up and down, but as the surreal "The Na-Na Song" and the smarmy "What I Can Do For You" make clear, you can confront evil and walk away, to rise again another day.