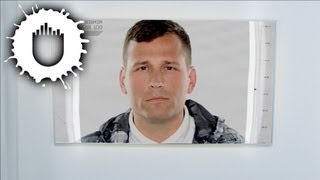 Liner Note Author: Stephanie LaFera.
Photographer: Mark Owens .
The big pre-release bullet point dealt out for Kaskade's 2013 effort Atmosphere was that the house/EDM producer was "experimenting with classical music" and that this one was certifiably "eclectic." By EDM standards, this up, down, up again, etc. album makes the latter point true, but the "classical" part is an oversell, as the plush "No One Knows Who We Are" is filled with strings, but it's more Montovani or Mancini than Mozart, and all the other organic or academic moments of the album are equally soundtrack-like. What is news, however, is that Kaskade himself sings this time, delivering the highlight title track like Justin Timberlake hanging out in the chill-out room, but it's also interesting that the other high points come from an airport code-themed trilogy. "MIA to LAS," "LAX to JFK," and "SFO to ORD" are all dreamy flights of nighttime instrumental house music to savor, and the same could be said for the great "Missing You," but this time, breathy vocals come courtesy of indie rock guests School of Seven Bells, while Kaskade's bright synth lines break through the darkness like dawn. The aptly titled "Floating" drifts like the Cocteau Twins on a breezy spring day, while the closing "How It Is" with Debra Forthingham clicks away with reminders of the long lost micro-house genre, but to call this Kaskade's "soft" album would be ignoring some of the early bangers and floor-fillers. "Last Chance" is prime-time stuff with big builds and big drops in ample supply, "Why Ask Why" with Late Night Alumni throbs and stomps like BT or Dada Life, and "Feeling the Night" with Becky Jean Williams is just too up, come hither, and sexy to make this a smooth chillout effort. The mood album implied by the title is really a mood EP waiting to be extracted, but approach it as a normal Kaskade effort with a bit more risk and a bit more richer music and the rewards will follow suit. ~ David Jeffries