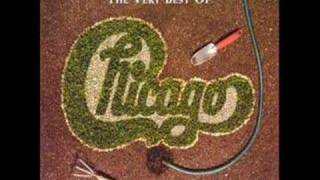 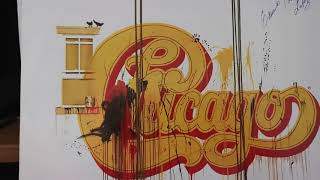 Chicago: Peter Cetera, James Pankon, Walter Parazaider, Terry Kath, Robert Lamm, Lee Loughnane, Danny Saraphine, Laudir De Olivera.
Chicago: Daniel Seraphine, James Pankow, Laudir DeOliveira, Lee Loughnane, Peter Cetera, Terry Kath, Walter Parazaider, Robert Lamm.
Photographer: Reid Miles.
Does anyone need another Chicago album besides this one? For the casual fan, the answer is definitely no. The 1975 blockbuster includes all the band's hits from its prime. And while tracks like "Wishing You Were Here" and "Feelin' Stronger Every Day" have worn a wee thin over the years, most of the cuts here are still topnotch. Standouts include the incomparable "Saturday in the Park," "Beginnings," and "Does Anybody Really Know What Time It Is?" When rock grew up with horns, jazz charts, and chops. Not as snide as Steely Dan or as soulful as Blood, Sweat & Tears, Chicago still delivered with the 11 fine sides heard here. ~ Stephen Cook

The Doobie Brothers
Best of The Doobies
$5.40 CD Sale
Add to Cart

Customer Rating:
Based on 89 ratings.


I RECENTLY REVIEWED THE BUCKINGHAMS GREATEST HITS AND STATED IN MY REVIEW THAT THE CD WAS TERRIBLE AND I ALSO SAID CHICAGO WAS A FAR BETTER GROUP THAN THE BUCKINGHAMS! NOTHING COULD BE FURTHER THAN THE TRUTH! THIS CD IS AMONG THE GREATEST ALBUMS OF THE HISTORY OF ROCK! I TRULY BELIEVE THAT CHICAGO IS ACTUALLY MORE POPULAR NOW THAN WHEN THIS ALBUM WAS RELEASED! EVERY SONG IS A CLASSIC AND I HIGHLY RECOMMEND IT! CHICAGO-YOUR THE BEST AND BUCKINGHAMS-YOUR THE WORST!