You can't judge a man by the company that keeps him! 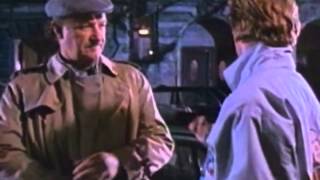 A CIA agent is ordered to a escort former State Department mole and $2,000,000 to Berlin for a secret spy swap. While on their way, an unlikely alliance forms as the two men discover the CIA and KGB have secretly joined forces and plan to sacrifice them to cover up both agencies' transgressions in a new era of openness.

An ex-CIA agent, now involved in industrial espionage, his last job being for a cosmetics firm, is recalled by the agency to escort and swap a former Soviet spy, now languishing in prison, along with $2 million in South American drug money. When the arrangement goes awry and the two realize that the CIA and KGB both want them dead, they flee with the help of a woman in Paris and outsmart their former employers.

Bond - From Russia with Love
$8.40 Super Savings
Add to Cart