Rolling Stone: 3.5 stars out of 5 -- "Demi Lovato's fifth studio LP is the album she was born to make: a brassy, sleek, dynamic pop production that lets her powerful voice soar to new emotional highs."

Get email alerts for Demi Lovato
Out of Print: Future availability is unknown
Notify Me When Available
Add to Wishlist
Format:  CD
item number:  696W2
Our customers love us! 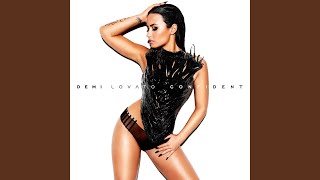 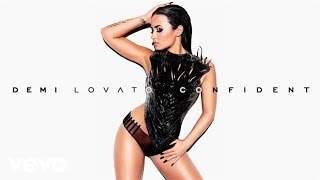 Rolling Stone
3.5 stars out of 5 -- "Demi Lovato's fifth studio LP is the album she was born to make: a brassy, sleek, dynamic pop production that lets her powerful voice soar to new emotional highs."
NME (Magazine)
"Lovato's intensity never wavers as the album alternates between trap-influenced midtempo tracks like the Iggy Azalea-assisted 'Kingdom Come' and bombastic power ballads that show off her mighty vocals."

Audio Mixer: Serban Ghenea.
Recording information: Chalice Studios, Los Angeles, CA; East West Studios, Los Angeles, CA; Kinglet Studios, Stockholm, Sweden; Lost Army, Stockholm; MXM Studios, Los Angeles, CA; Rockstone Studios, London; The Hideout Studios, London; Westlake Audio Studio, LA; Wolf Cousins Studios, Stockholm, Sweden.
Photographer: Yu Tsai .
Demi Lovato is never shy with her album titles. She shrugged that her second album offered more of the same (Here We Go Again), she bounced back whole from a turbulent spell (Unbroken), then she found a new mature identity (Demi) and, now on her fifth album, she's all about being Confident. Deservedly so, too, because this 2015 album is Lovato's best all-around record since her 2008 debut, Don't Forget. Confident is steely, assured dance and shimmering electro-pop, as much a reflection of its time as the sugary blast of Radio Disney pop on Don't Forget. If that debut seemed somewhat driven by producers, Confident feels directed by Lovato, who seems to take some pride in being a bit of a pop magpie, sampling from every glittering sound flickering across the pop charts in the two years since Demi. She's fortunate to be aided by some of the best producers and writers in the business. Max Martin collaborates on three tracks, the same number as Steve Mac, with Stargate and Ryan Tedder showing up elsewhere, and while their work helps Lovato echo everyone from Katy Perry to Beyonc‚, it never quite seems like the singer is mimicking her fellow divas: instead, she's carving out her persona -- something sexy, flinty, and impassioned, the stance of a survivor, not a carpetbagger -- through the best of what's around. Given this boldness, it's little surprise that Demi often fares best with the numbers that are brassy: the big, heavy swing of the title track, the same-sex seduction of "Cool for the Summer," the empowering "For You" and "Lionheart," the latter a gleaming wall of sound. When the tempo slows, Lovato can sometimes stumble -- "Father" is spare and skeletal but indistinct, a sketch that is nevertheless preferable to the shoehorned Iggy Azalea cameo on "Kingdom Come" -- yet here, she also illustrates how she can affect Lana Del Rey's affectless effect and conjure some of the lushness of Ellie Goulding's neon-streaked midnight anthems, so when these ballads are added to the brighter, swifter numbers, the cumulative result is a messy, colorful modern pop record that is greater than the sum of its parts. ~ Stephen Thomas Erlewine

Hot
Ariana Grande
My Everything
$11.98 CD Sale
Add to Cart