Without You I'm Nothing R 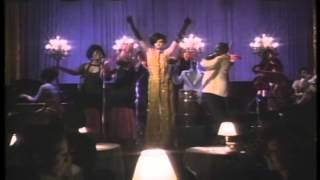 It is the cabaret act of a nightmare: You sing, dance and tell stories to an utterly apathetic audience. But Sandra Bernhard doesn't know fear, and she tears into viewers' discomfort with vigor and relish. Stripping herself, body and soul, down to bare essentials, she delivers an astonishing performance in this bizarre, funny and prickly satire of pop culture.

Three decades of American pop culture collide in this series of performance pieces from one-woman tour-de-force Bernhard, who sings, does stand-up, and adopts various satirical stage personae. Adapted from the eponymous off-Broadway show.

With her inimitable mixture of sting and sexuality, Sandra Bernhard unleashes her singing, dancing and comedic talents in this full-tilt satire.
Between tunes and even an American flag strip-tease to Prince and the Revolution's "Little Red Corvette," Bernhard mocks the abundance of pretentious people, behaviors and subcultures in America and in modern life as a whole.
Her favorite targets include rock n' roll hype, art-gallery snobs, dopey trends, Madison Avenue, Hollywood hipsters, New York phonies, glamour queens, and even astrology.
Bernhard sinks her acerbic fangs into the behemoth that is American culture -- and dares viewers to join her.

Stage Play | Theatrical Release | Performance Artists | Live Performances
This product is made-on-demand by the manufacturer using DVD-R recordable media. Almost all DVD players can play DVD-Rs (except for some older models made before 2000) - please consult your owner's manual for formats compatible with your player. These DVD-Rs may not play on all computers or DVD player/recorders. To address this, the manufacturer recommends viewing this product on a DVD player that does not have recording capability.