Divided by war. United by love. 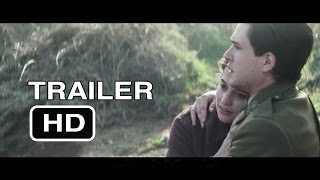 Total Film - 01/11/2015
4 stars out of 5 -- "It's a handsomely mounted, resolutely old-school work: the epitome of 'well crafted'....Led by Vikander's star-making performance, the film mines a real depth of feeling."
Empire - 01/09/2015
4 stars out of 5 -- "[T]he Kent's craft and Vikander's exquisite talent will ensure that the author's memories live in the minds of a fresh generation..."
RogerEbert.com - 06/05/2015
3.5 stars out of 4 -- "Anchored by an extraordinary performance from actress Alicia Vikander, James Kent’s TESTAMENT OF YOUTH bears comparison to many other superbly mounted costume dramas backed by the BBC..."
Chicago Sun-Times - 06/11/2015
3 stars out of 5 -- "This is World War I from a woman’s point of view, a different perspective than we usually see. It’s the story of someone who doesn’t fight...but for whom the horrors of war are just as vivid and devastating."
Los Angeles Times - 06/04/2015
"TESTAMENT OF YOUTH sweeps you away. Unapologetically emotional and impeccably made in the classic manner, it tells the kind of potent, many-sided story whose unforeseen complexities can come only courtesy of a life that lived them all."

In this gripping historical drama, an adventurous young British woman (Alicia Vikander) wins a scholarship to Oxford, where she falls in love with a fellow student. Not much later, their relationship is tested when he joins the military following the onset of World War I.