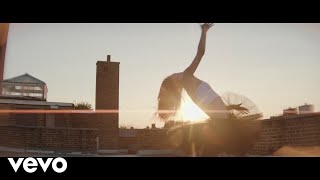 Photographers: Penny Lancaster; Rankin .
Rod Stewart made a ballyhooed returned to songwriting in 2013 when he released Time, a collection of songs inspired by his 2012 memoir Rod: The Autobiography. Stewart's reinvigorated muse wasn't a fleeting thing. Blood Red Roses is the second sequel to Time (the fine Another Country appeared in 2015) and, like its progenitor, it's billed as a "personal" project. "Personal" is usually code for introspection, but that's an adjective that simply doesn't describe Blood Red Roses, even if it is undeniably a record that's personal, reflecting precisely where Rod Stewart is in 2018, right down to how he dedicates a song to a city he's worked in for several years. That would be "Vegas Shuffle," a bright and garish rocker devoted to the pleasures of Sin City which Stewart sings with an evident smile. His grin never wanes on Blood Red Roses, nor does the bright, garish blare -- a digital sheen masterminded by his co-producer and frequent co-writer Kevin Savigar. The pair collaborated long distance on Blood Red Roses and the transatlantic gap can be heard in how the rhythms are all tightly sequenced and the polish is so bright, it gleams. Such high-end digital sensibilities can sometimes not suit Stewart's musical inclinations, particularly when he dives into high-energy folk ("Blood Red Roses") or blues (a spangly cover of "Rollin' & Tumblin'," a standard popularized by Muddy Waters), yet that shine is also the appeal of Blood Red Roses, as it feels like an authentic reflection of a 73-year-old man who spends time reminiscing about the past as he does putting on lavish modern shows. These two sides of Stewart co-exist on Blood Red Roses: he salutes a dear departed friend on "Farewell," acts the concerned parent on "Didn't I," and smiles warmly about an old groupie on "Honey Gold," then he revives disco on "Give Me Love" and indulges in a Tamla/Motown bounce on "Rest of My Life," but he also makes sure that his two opening tracks -- "Look in Her Eyes" and "Hole in My Heart" -- pulse to an EDM beat. Stewart's adoption of modern trends may not be especially graceful but it's oddly endearing, and underscores how, tackiness and all, Blood Red Roses is indeed a personal record, capturing the snazzy life of an aging old sap who to this day has never seen a dull moment. ~ Stephen Thomas Erlewine

49%off
Rod Stewart
Rhythm of My Heart / Moment of Glory
$2.55 Super Savings
Add to Cart