NME (Magazine): Ranked #15 in NME's list of the `Greatest Albums Of All Time.'

Get email alerts for Van Morrison
Currently Out of Stock: We'll get more as soon as possible
Notify Me When Available
Add to Wishlist
Format:  CD
sku:  ZENG 27952
Our customers love us! 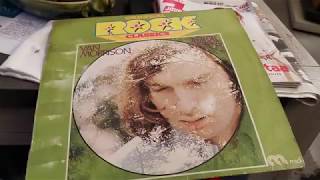 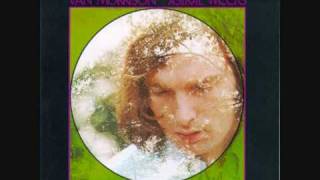 Rolling Stone - 12/11/03, p.98
Ranked #19 in Rolling Stone's "500 Greatest Albums Of All Time" - "...ASTRAL WEEKS is Morrison going deep inside himself, to the far corners of his life and art, without a net or fear..."
Q - 6/00, p.89
Ranked #6 in Q's "100 Greatest British Albums" - "...Its musical daring, mantra-like incantations and kaleidoscopic use of language [is] still beyond cosy categorization....recalling his provincial, '50s Belfast youth with an almost feverish imigination and regret..."
Q (Magazine) - p.140
"[O]ne of rock's crowning glories and, with Morrison at times entering an almost trance-like state of rapture, the very apex of his art."
NME (Magazine) - 10/2/93, p.29
Ranked #15 in NME's list of the 'Greatest Albums Of All Time.'
Paste (magazine) - "It's a real hybrid; the bluesy twang of Morrison's voice, the folk and classical underpinnings of the musical arrangements, the jazz cadences."
Paste (magazine) - "ASTRAL WEEKS gets cited as a seminal album as often as rain falls. It's Van Morrison's masterpiece and an undisputed classic among music fans."

Personnel includes: Van Morrison (vocals, acoustic guitar); Larry Fallon (arranger); Jay Berliner (guitar); John Payne (flute, soprano saxophone); Warren Smith, Jr. (vibraphone, percussion); Richard Davis (bass); Connie Kay (drums).
Recorded in New York.
Includes liner notes by Van Morrison.
Personnel: Van Morrison (vocals, guitar); Jay Berliner (guitar); John Payne (flute, soprano saxophone); Warren Smith (vibraphone, percussion); Connie Kay (drums).
Audio Remasterer: Chris Bellman.
Liner Note Authors: Van Morrison; Cory Frye.
Recording information: 09/25/1968.
Arranger: Larry Fallon.
Astral Weeks is generally considered one of the best albums in pop music history, but for all that renown, it is anything but an archetypal rock and roll album. It it isn't a rock and roll album at all. Van Morrison plays acoustic guitar and sings in his elastic, bluesy, soulful voice, accompanied by crack group of jazz studio players: guitarist Jay Berliner, upright bassist Richard Davis, Modern Jazz Quartet drummer Connie Kay, vibraphonist Warren Smith and soprano saxophonist John Payne (also credited on flute, though that's debatable--some claim an anonymous flautist provided those parts). Producer Lewis Merenstein added chamber orchestrations later and divided the album into halves: "In The Beginning" and "Afterwards" with four tunes under each heading. Morrison's songs are an instinctive, organic mixture of Celtic folk, blues and jazz. He fully enters the mystic here, more in the moment than he ever would be again in a recording studio. If his pop hit "Brown-Eyed Girl" was the first place he explored the "previous"--i.e. the depths of his memory--for inspiration and direction, he immerses himself in it here. The freewheeling, loose feel adds to the intimacy and immediacy in the songs. They are for the most part, extended, incantory, loosely narrative and poetic ruminations on his Belfast upbringing: its characters, shops, streets, alleys, and sidewalks, all framed by the innocence and passage of that era. Morrison seems hypnotized by his subjects; they comfort and haunt a present filled with inexhaustible longing and loneliness. He confesses as much in the title track: "If I ventured in the slipstream/Between the viaducts of your dream/Where immobile steel rims crack/And the ditch in the back roads stop/ Could you find me?/ Would you kiss-a my eyes/... To be born again...." Morrison doesn't reach out to the listener, but goes deep inside himself to excavate and explore. The album's centerpiece is "Madame George" a stream-of-consciousness narrative of personal psychological and spiritual archetypes deeply influenced by the road novels of Jack Kerouac. The climactic epiphany experienced on "Cyprus Avenue" paints a portrait of place and time so vividly, it fools listeners into the experience of shared---but mythical--memory. "The Way Young Lovers Do" is the most fully-formed tune here. Its swinging jazz verses and tight rhythmic choruses underscore a simmering, passionate eroticism in Morrison's lyric and delivery. Astral Weeks is a justified entry in pop music's pantheon. It is unlike any record before or since; it mixes together the very best of postwar popular music in an emotional outpouring cast in delicate, subtle, musical structures. [A 2015 remastered and expanded edition added extra takes of "Beside You" and "Madame George," and longer versions of "Ballerina" and "Slim Slow Slider."] ~ William Ruhlmann