The most unexpected comedy ever conceived.

172K ratings
Currently Out of Stock: We'll get more as soon as possible
Notify Me When Available
Add to Wishlist
Format:  Blu-ray
sku:  6YD6D
Our customers love us! 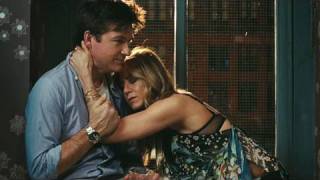 A woman approaching middle age yet still childless decides to get pregnant by artificial insemination, only to discover that the donor she chose may not be the father of her child in this comedy starring Jennifer Aniston and Jason Bateman. Wally Mars (Bateman) is a dyed-in-the-wool pessimist. Hopelessly neurotic and unrepentantly narcissistic, he gets no joy out of life except for the time he spends with his best friend Kassie (Jennifer Aniston). However, despite the fact that Wally pines to be more than just friends with Kassie, she isn't convinced they'd make a good couple. When Kassie announces to Wally that she's found the perfect sperm donor, he's crestfallen; as far as he's concerned, the ideal candidate is standing right in front of her. Later, Kassie selects handsome stranger Roland (Patrick Wilson) to provide the seed. Things get complicated when Kassie's best friend Debbie (Juliette Lewis) throws an "insemination party" to commemorate the big event, and Wally intercepts Roland's special delivery, drunkenly replacing it with his own before blacking out. Pregnant and content, Kassie leaves the city for Minnesota, where she gives birth to a healthy baby boy. Flash-forward seven years, and Kassie returns to New York with her son, Sebastian (Thomas Robinson), who shares an uncanny number of physical and psychological traits with embittered bachelor Wally. Before long Wally and Sebastian have become good friends, and Wally becomes convinced that the boy is his biological son. His ideal family is finally within reach, and if he can just figure out a means of breaking the news to Kassie gently, perhaps she'll find it in her heart to forgive him, and recognize that he'll make the perfect father for Sebastian.