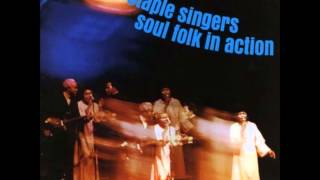 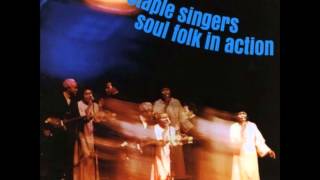 The Staple Singers: Roebuck Staples (vocals, guitar); Mavis Staples, Cleotha Staples, Pervis Staples (vocals).
Additional personnel: Steve Cropper (guitar); Wayne Jackson, Andrew Love, Joe Arnold (The Memphis Horns); Marvell Thomas (keyboards); Donald "Duck" Dunn (bass); Al Jackson, Jr. (drums).
Recorded at Satellite Recording Co., September 5-6, 10, and 12, 1968.
Digitally remastered by Phil De Lancie (1991, Fantasy Studios, Berkeley, California).
Personnel: Roebuck "Pops" Staples (vocals, guitar); Mavis, Cleotha Staples, Mavis Staples, Pervis Staples (vocals); Steve Cropper (guitar); Joe Arnold, Andrew Love, Wayne Jackson (horns, sound effects); Marvell Thomas (keyboards); Al Jackson, Jr. (drums).
Audio Remasterer: Phil DeLancie.
Audio Remixer: Steve Cropper.
Recording information: Satellite Recording Co (09/05/1968-09/12/1968).
Photographer: Don Paulsen.
Unknown Contributor Roles: Cleotha Staples; Marvell Thomas; Mavis Staples.
This is one you are probably going to have to search out, but this gem is worth all the effort. First, take the stunning voices of the Staple Singers, with the closely blending harmonies that can only come from the years of a family singing together. Put in the crack vibrato guitar of Pops (he was a blues player early on), add in a top-notch rhythm section that play as close as it gets, and throw in the Memphis Horns. Then add some material that was just about custom-tailored for them, mixed and mastered by Steve Cropper, and you have the makings of a fantastic disc. Still, how many times have we seen all the right ingredients and been disappointed? Not this time. The only disappointment might come from the brevity of the disc; you just want it to continue. The power and majesty that these voices carry comes as close to heaven as can be felt here on earth. They are truly performers who give their all. There are few performers who could rival Otis Redding, and to try and do one of his songs while he was still alive was almost considered sacrilege, yet listen to what they do with "(Sittin' On) The Dock of the Bay." It is a completely different take, yet it loses absolutely nothing and in fact gains a new dimension with their controlled power. True, it probably helps that Steve Cropper, the co-writer of the song, is leading the backing band. Two of the highlights of an incredibly strong disc are "Slow Train," for its slow adept building of potency, and "The Weight." It is a vital testament to belief and love, and you will thank yourself for following a hunch. ~ Bob Gottlieb

The Dramatics
Dramatically Yours (CD)
$11.80 CD Sale
Add to Cart