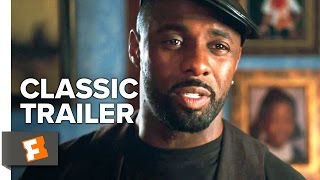 Like many holiday films, THIS CHRISTMAS mines the ample humor and drama of a family Christmas. Ma'Dere (Loretta Devine) is the matriarch to the large and loving Whitfield family, which consists of her three daughters--Kelli (Sharon Leal), Lisa (Regina King), and Mel (Lauren London)--and her sons--Michael (Chris Brown), Claude (Columbus Short), and Quentin (Idris Elba). They are an extremely attractive and successful bunch, but no sooner have they shared their first meal together than the hidden tensions begin to boil to the surface. Long-kept secrets come tumbling out, and the Whitfields soon engender enough drama to support several spin-off soap operas. There's interracial marriage, infidelity, gambling debts, an AWOL soldier, and repressed dreams of musical stardom, to name just a few of the issues they are forced to tackle in between stuffing the turkey and decorating the tree. Will their many problems and misunderstandings be resolved by Christmas day' Since this is a family holiday flick, the odds are, of course, quite good.

Despite the often heavy subject matter, the film has the glow and sheen of a lighthearted romantic comedy. The characters may be awash in drama, but they contend with their troubles in impeccable wardrobes and settings, so that even the barroom brawls have an almost cozy look to them. While some might feel the packed storyline was in more need of trimming than the tree, the tidy ending makes for perfect feel-good holiday fare. If only all family discord could end with a dance-off to Kool & the Gang!

Jingle All The Way
$5.80 Super Savings
Add to Cart

16%off
The Perfect Holiday
$8.40 Super Savings
Add to Cart