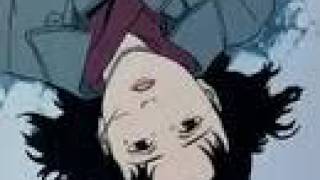 The creative love child of anime director Satoshi Kon and screenwriter Sadayuki Mura (PERFECT BLUE), MILLENNIUM ACTRESS recounts the legend of an actress named Chiyoko Fujiwara who mysteriously disappeared during her greatest moment of fame. Via a sweeping backdrop of historical and fictional events that breathlessly span time, Chiyoko relates her saga to a documentary filmmaker named Genya who has tracked the actress down to her remote hideaway. As the story unfolds, Chiyoko's personal history becomes inextricably intertwined with the characters she plays in the movies throughout her long career, all in pursuit of her first love, a political activist painter who left her only with a mysterious key that sets the whole story in motion. Along the way Chiyoko's quest is hampered by an older actress and a mysterious scarfaced man. Luckily, Genya and his sardonic cameraman find themselves swept up in the story also, and come to her rescue several times. It all may sound a little odd, and western audiences not used to anime's occasionally static style may take a few minutes to adjust, but once they do, countless rewards await: brilliant animation, a treasure trove of insight into Japan's history and film industry, and for anyone who's ever loved and lost, an almost assured shedding of many heartfelt tears.

Ghost in the Shell
$8.40 Super Savings
Add to Cart

Grave of the Fireflies
$15.70 Super Savings
Add to Cart