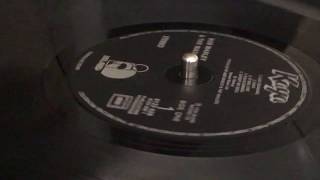 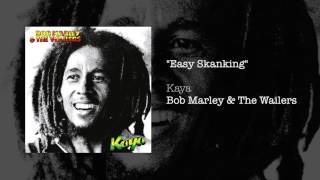 Bob Marley & The Wailers: Bob Marley (vocals, acoustic & electric guitars, percussion); Julian "Junior" Marvin (guitar); Tyrone Downie (keyboards, percussion); Aston "Family Man" Barrett (bass, percussion); Carlton Barrett (drums, percussion); Alvin "Seeco" Patterson (percussion).
The I Threes: Rita Marley, Marcia Griffiths, Judy Mowatt (background vocals).
Additional personnel: Vin Gordon (saxophone); Glen Da Costa, David Madden (trumpet).
Producer: Bob Marley & The Wailers.
Reissue producers: Bill Levenson, Maxine Stowe.
Originally released on Island (9517).
Digitally remastered by Ted Jensen (2001, Sterling Sound, New York, New York)
Personnel: Bob Marley (vocals, percussion); Vin Gordon (saxophone); David Madden, Glen DaCosta (trumpet); Tyrone Downie (keyboards, percussion); Aston Barrett (bass guitar, percussion); Carlton "Carly" Barrett (drums, percussion); Alvin "Seeco" Patterson (percussion); Judy Mowatt, Marcia Griffiths, Rita Marley (background vocals).
Audio Mixer: Robert Ash.
Photographer: Dennis Morris .
By 1978, Bob Marley was by far the best-known reggae musician in the world and a major star in the U.K. and Europe as well as his native Jamaica. However, he was still little more than a cult figure in the United States, and by many accounts Marley was eager to attract a larger audience in America, seeing it as a new challenge. Released in 1978, Kaya wasn't necessarily made with American tastes in mind, but it was an album that presented a more accessible version of Bob Marley. Lyrically, the songs avoided the political commentary or Rastafarian philosophizing that was at the forefront of Natty Dread and Rastaman Vibration, and instead emphasized tunes about love and ganga, such as "Easy Skanking" and the title cut. And the palpable musical tension that simmered beneath the surface on the Wailers' earlier material gave way to a more laid-back riddim that was more comfortable but a bit less demanding. Kaya presented a gentler and friendlier version of Bob Marley & the Wailers, but it also documented Marley and his group at the peak of their abilities. The nuance in Marley's vocals on "Running Away," "She's Gone," and "Is This Love" showed how much he'd grown as a performer since Catch a Fire, and his passion elevates "Misty Morning" into one of the album's highlights. The Wailers were capable of cutting a groove that was both powerfully muscular and seemingly effortless, with Aston "Family Man" Barrett and Carlton Barrett once again reaffirming their status as one of the finest rhythm sections on earth, and Junior Marvin and Marley offering a master class in how the concept of "less is more" can be applied to the guitar. Though Kaya offered a less aggressive message than one might have expected from Marley, the songs were far from lazy, and "Time Will Tell," "Is This Love," and "Running Away" are resonant, top-shelf work. Kaya was a minor effort for Bob Marley as a prophet or a commentator, but it's a rich and rewarding set from Marley the musician. ~ Mark Deming

Bob Marley
Legend (The Best Of Bob Marley And The Wailers)
$21.95 Discontinued
Out of Print
Save for Later
(600+)