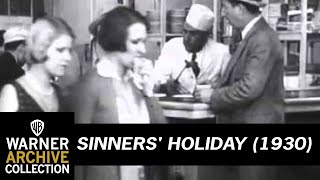 Against the clatter and whirl of a beachside carnival comes the tale of the Delano family, operators of the carny's penny arcade. Among the Delano brood is reckless mama's boy a Harry (James Cagney), who seeks to make his fortune by pinching proceeds from a Speakeasy. When the bootleg boss confronts him, the panicked youth pulls the trigger, then conspires with his doting Ma in a desperate bid to beat a murder rap.

Holiday | Romance | Murder | Melodrama | Crime | Holidays | Families | Romances | Love | Weapons
This product is made-on-demand by the manufacturer using DVD-R recordable media. Almost all DVD players can play DVD-Rs (except for some older models made before 2000) - please consult your owner's manual for formats compatible with your player. These DVD-Rs may not play on all computers or DVD player/recorders. To address this, the manufacturer recommends viewing this product on a DVD player that does not have recording capability.

Customer Rating:
Based on 496 ratings.


The 1929 Broadway play Penny Arcade featured both James Cagney and Joan Blondell to which Al Jolson saw it and suggested the play to Warner Brothers studios! Only Cagney and Blondell were kept from the original cast into the movie which was now called Sinners' Holiday! Both Cagney and Blondell were the only stars to shine and sizzle from this forgotten movie in 1930! There is even a scene where Cagney is crying right in front of his mother very reminiscent of White Heat! Actually, Lucille Laverne, who plays Cagney's mother, does some incredible acting in trying to hold her family together! Regardless, the film is entertaining and created Cagney and Blondell to become life long pals!