Chairmen Of The Board The Chairmen of the Board

Get email alerts for Chairmen Of The Board
Available: Usually ships in 1-3 business days
LOW STOCK:
Only 3 copies left
Add to Cart
Add to Wishlist
Format:  CD
sku:  6YFY7
Our customers love us! 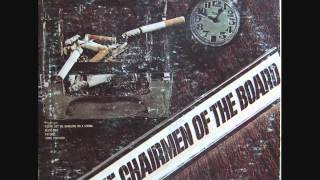 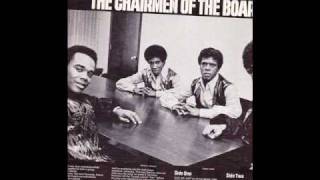 The Chairmen Of The Board Come Together (Music Video)

The explosive "Give Me Just a Little More Time" had the Four Tops written all over it. From the in-your-face vocals, the insatiable beat, and spirited backing, the song was a bona fide, can't-miss hit. A rousing "You Got Me Dangling on a String" again features the unusual, quivering lead of General Johnson (formerly of the Showmen), on another song that seems tailor-made for the Tops. The country-influenced "Patches" is the most interesting song here; it was later recorded by Clarence Carter and became one of his biggest hits. The album showcases the group's versatility, as each member -- General Johnson, Danny Woods, Eddie Curtis, and Harrison Kennedy -- leads at least one song. The problem is, each member has a different agenda: Woods is hardcore R&B, Curtis likes '60s easy listening, Kennedy is a rocker, and General Johnson is General Johnson. The assorted leads give the album a hodge-podge effect. ~ Andrew Hamilton