Something to Talk About R

A story about husbands, wives, parents, children and other natural disasters. 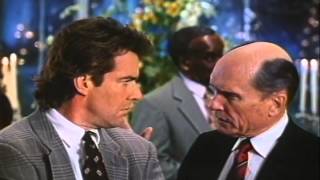 Something To Talk About Trailer 1995

"I may have fooled around a little bit, but I've never cheated."
- Wyly King (Robert Duvall)

Rolling Stone - 08/24/1995
"...Roberts' steady, sharply observed performance keeps things touchingly real..."
Sight and Sound - 01/01/1996
"...Unique....The movie retains its viewer's sympathy..."
USA Today - 08/04/1995
"...Casting Sedgwick as Roberts' sister is inspired..."
Variety - 07/31/1995
"...[The film] has its share of laughs and entertainingly ticklish situations....Duvall loads his glances and line readings with amusing doses of scorn and superiority..."
Los Angeles Times - 08/04/1995
"...[The directors'] collaboration gives the film a welcome off-center feeling, a human tempo and pacing that emphasize character whenever possible..."
Chicago Sun-Times - 08/04/1995
"...This is an intelligent, quirky human story that finds room not only for the remarkable expanse of Julia Roberts' character but also for several other well-developed characters..."

Lasse Hallstrom (THE CIDER HOUSE RULES, MY LIFE AS A DOG) directs this romantic comedy in which Julia Roberts plays Grace, a decent but naive southern woman who, happening to drive by her husband, Eddie (Dennis Quaid), one afternoon, is shocked to discover him locked in a passionate embrace, in public, with another woman. She immediately confronts her errant hubby, setting the town gossips' tongues wagging, and moves back in with her wealthy parents, provoking reactions from her imperious dad (Robert Duvall), who believes that a wife's duty is to stand by her man, and her sarcastic sister, Emma Rae (Kyra Sedgwick), who thinks that the bum got what he deserved. Soon Grace has caused a town scandal by openly questioning anyone who may have had an affair with Eddie and also starts to unearth problems in her parents' relationship. The film is ultimately a story about women who attempt reconciliation with their cheating spouses by exploring a new set of rules on their own terms. The screenplay is by Callie Khouri, the Academy Award- winning screenwriter of THELMA AND LOUISE.