Everything Is Not Going To Be OK 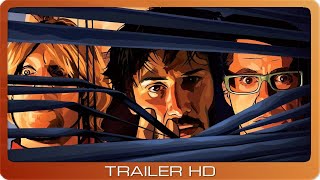 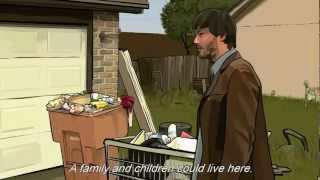 A Scanner Darkly - "They are watching me" (Clip)

Richard Linklater's adaptation of Philip K. Dick's classic novel is a challenging, mind-bending experience that cautions about the dangers of excessive drug use as well as the government's capacity to abuse and manipulate power. Using the same interpolated rotoscoping technique that Linklater employed in 2001's WAKING LIFE, the film is an animated, trippy descent into one man's unraveling mind. Set in the not-too-distant future where a new drug, substance D, has created an epidemic, A SCANNER DARKLY charts the mental unraveling of Bob Arctor (Keanu Reeves). Arctor is an undercover cop who has been assigned to track a group of individuals who include the druggily verbose Barris (Robert Downey Jr.), the hyper-intense Luckman (Woody Harrelson), the ultra-paranoid Freck (Rory Cochrane), and the beautiful Donna (Winona Ryder). As the film unfolds and Arctor finds himself abusing substance D in order to maintain his façade, his mind begins to spin out of control, to the point where he doesn't know what's real and what isn't. Eventually, the truth comes out, leaving Arctor even more numbed. Linklater's surprisingly faithful adaptation of Dick's novel blends humor, drama, and Bob Sabiston's striking animation to deliver a thought-provoking film that will leave viewers as dazed as the film's protagonist.