First it controls your mind. Then it destroys your body. 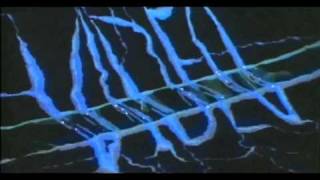 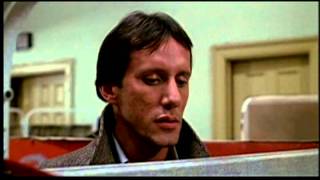 When Max Renn goes looking for edgy new shows for his sleazy cable TV station, he stumbles across the pirate broadcast of a hyperviolent torture show called "Videodrome." As he unearths the origins of the program, he embarks on a hallucinatory journey into a shadow world of right-wing conspiracies, sadomasochistic sex games, and bodily transformation. Renn's ordinary life dissolves around him, and he finds himself at the center of a conflict between opposing factions in the struggle to control the truth behind the radical human future of "the New Flesh." Starring James Woods and Deborah Harry in one of her first film roles, Videodrome is one of writer/director David Cronenberg's most original and provocative works, fusing social commentary with shocking elements of sex and violence. With groundbreaking special effects makeup by Academy Award-winner Rick Baker, Videodrome has come to be regarded as one of the most influential and mind-bending science fiction films of the 1980s, and The Criterion Collection is proud to present it in its full-length unrated edition.

Sleazy cable TV programmer Max Renn (Woods) encounters a strange new program known as "Videodrome". Under its mysterious influence, Max's fantasies seem to come to life as strange things begin to happen and reality is not what it seems. Unmistakable weirdness from cult director Cronenberg.

Max Renn runs an unauthorized cable channel in Toronto that caters to viewers demanding increasingly violent and pornographic material. One night, in search of new programming fodder, he stumbles across a scrambled satellite transmission emanating from unknown regions -- a startlingly graphic broadcast that routinely depicts the brutal torture and murder of women. Excited by his find, Renn attempts to track the show to its origins, but he continually encounters resistance, including a warning from one of his programming suppliers that the broadcasts are not dramatizations but depictions of actual murders.
Undaunted, Renn finally traces the show to Pittsburgh, where he encounters the transmissions of a Messianic madman known as Brian O'Blivion. Although O'Blivion is dead, his daughter continues to spread his twisted gospel by broadcasting old videotapes of his sermons, encouraging people to embrace the barbarous new TV world as reality. Eventually Renn finds the man who is controlling all the hallucinatory video violence. But by then, Max has begun his own descent into madness, an insanity culminating in physical manifestations of the exploitative sleaze he has profited from over the years.