Faulty genetic cloning results in an army of flesh-eating monsters. A raw and bloodthirsty combination of "Night Of The Living Dead," "Scanners" and "Blair Witch Project" from Florida auteur Georg Koszulinski. 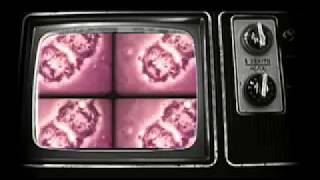 In the year 2012, the 3rd Great War comes to an end. The war claims no victors, but both sides succeed in executing their chemical warfare campaigns. The result is over 3 billion deaths. Ninety-eight percent of the male survivors are rendered sterile. Human reproduction is realized by means of cloning. The first strand of clones are harvested in December of 2012 and received with overwhelming success. It was not until nineteen years later that the first problems arose.

Blood Of The Beast delivers an aesthetic juggernaut. Koszulinski is a major talent to watch..." - Cultcuts Magazine

"...an act of psychological warfare on the viewer's senses." - EInsiders

This futuristic sci-fi thriller from director Georg Koszulinski begins in the year 2012. With the third world war slowly burning to an end, the remnants of a devastated earth have to be pieced back together. The furious chemical war has rendered three billion people dead, and left the majority of the male population impotent. Genetic advances have meant that cloning is now a viable option to help continue the existence of the human race, so a batch of clones known as the First Strand are commissioned. With the experiment regarded a resounding success, more clones are produced, and the population of the planet slowly expands. But as the years pass it becomes terrifyingly apparent that something is very wrong with First Batch, spurring the citizens of earth into another brutal and bloody battle.

Customer Rating:
Based on 207 ratings.

I wanted to like this movie but it wouldn't help me do that Movie Lover: call me Z from somewhere out there -- May, 12, 2006


After massive biological warfare in 2012, one third of mankind is killed and nearly everyone rendered sterile, so the human race has to reproduce itself via cloning. Nineteen years later, problems start showing up in the first strand of clones: they go nuts and start biting people like George Romero zombies. And that's basically it, which would be okay except the movie doesn't do much with the concept. They don't show many attacks (basically just some campers and a compound of religious nuts) and they didn't seem to be very interested in the possibility for gore, either - there's just a little blood unenthusiastically dripped around and that's about it. And it's not scary in the least. So, what you end up with is a lot of attempts to be clever with style that come across as wankage (the film turns into a silent movie at the end, after trying hard to look like the Blair Witch Project) and substance is kept to a minimum. It's not badly made overall and gets points for trying to be different on a budget of zero, but fizzles because it would have been so easy to make it so much better.

A Classic that belongs with the Best of the Zombie Films Movie Lover: Patrick B Holmes from East Pittsburgh, PA US -- October, 19, 2004


I received a new DVD update from Oldies.com when this movie as being released. Well, I saw it at my local Media Play and jumped on it. I had a certain vision of the movie, and was taken into an entirely different direction with the same end result. I absolutely loved every minute of this film. A post-apocalyptic zombie flick with a lot of substance and intrigue. This is one of best kept secrets in the indie movie scene right now. Director Georg Koszulinski makes excellent use of the scenery, acting and minimal effects to create a very sterile and morbid stage to set up the rest of the movie. Peter Jackson, Steven Spielberg and George Lucas made their mark with indie films and Georg Koszulinski is well on the road to directing stardom.


I haven't seen this but I have heard a bunch of really good things about this wierd indie film! There is too much in my shopping basket already to order now but someone please buy it today and write a review. Let me know if you do! pdixon@the-i.net