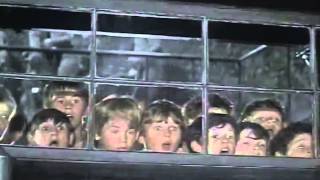 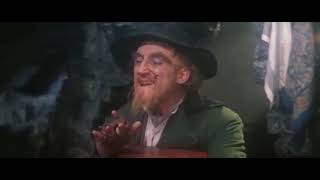 A rousing film version of Lionel Bart's musical adaptation of Charles Dickens's classic novel, OLIVER! stars Ron Moody as Fagin and Mark Lester as the eponymous hero. The orphaned Oliver escapes to London from a dreary workhouse and is taken in by a gang of young pickpockets who work for master thief Fagin while learning their trade. When he's falsely accused of stealing from the gang by the fearsome Bill Sikes (Oliver Reed), Oliver begins to realize that he has more friends than he had thought.

Carol Reed (THE THIRD MAN, ODD MAN OUT) softens the edges of his social commentary as he heads into the slums of 19th-century London in this vigorous adaptation of Lionel Bart's musical version of the Dickens classic. Mark Lester stars as Oliver, a nine-year-old orphan who's sold to an undertaker by workhouse officials for objecting to his scant rations; he soon manages to escape from bondage and make his way to London. There he's befriended by the precocious Artful Dodger (Jack Wild), a pickpocket who belongs to a gang of youthful thieves run by Fagin (Ron Moody), a veteran cutpurse. This criminal mentor admits Oliver to his academy of larceny, introducing him also to the brutish Bill Sikes (Oliver Reed) and Sikes's kind-hearted wife, Nancy (Shani Wallis). As time passes, Nancy becomes almost a mother to Oliver, and when the resentful Sikes falsely accuses the boy of stealing from the gang, it's time for the orphan to speak up and find out who his friends are. A romanticized and more lighthearted retelling of Dickens's brooding social melodrama, buoyed by a score studded with standards such as "Who Will Buy'" and "Where Is Love'" and energized by Broadway-style choreography, OLIVER! is a model of what a film musical should be.

68%off
Willy Wonka and the Chocolate Factory (Blu-ray)
$9.09 Winter Sale
Add to Cart