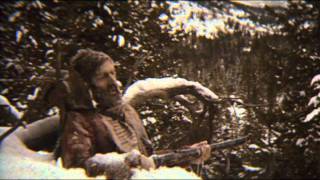 Sydney Pollack directs this notable picturesque film in which a solitary man named Jeremiah Johnson (Robert Redford) battles ruthless Indians, who use him as the target of a long-awaited vendetta, and the merciless elements of nature, in search of peace. Set in the mid-19th century, after the Civil War, the film centers on Jeremiah as he becomes disillusioned with the ways of his civilization and the ravages of war, and he sets out determined to survive in the Rocky Mountain wilderness by himself.

Sydney Pollack directs this vast and beautiful wilderness adventure in which Robert Redford plays Jeremiah Johnson. Adapted in part from Vardis Fisher's novel MOUNTAIN MAN, the story pays specific tribute to the reality of the trappers who actually roamed the West in the 1850s. Shot on location in the stunning and desolate snows of Utah, the entire film was made for less than four million dollars.