Sex Pistols The Filth and the Fury R 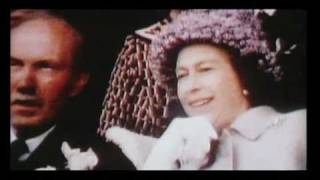 Sex Pistols - The Filth And The Fury Trailer [HUN]

Julien Temple's second documentary profiling punk rock pioneers the Sex Pistols is an enlightening, entertaining trip back to a time when the punk movement was just discovering itself. Featuring archival footage, never-before-seen performances, rehearsals, and recording sessions as well as interviews with group members who lived to tell the tale--including the one and only John Lydon (aka Johnny Rotten)-- THE FILTH AND THE FURY is a relevant viewing experience for those unfamiliar with the band; for fans, it's mandatory viewing.

A documentary about the British punk rock band the Sex Pistols, THE FILTH AND THE FURY puts the band's story in the context of 1970s Britain. Depicted as a time when pop culture was clownish and sociopolitical divisions were exacerbated by hypocrisy in the government and angst among the people, the film mixes archival footage of 1970s television broadcasts and commercials with live footage of Sex Pistols concerts, interviews with the band, and animated excerpts from director Julien Temple's classic 1980 documentary, SEX PISTOLS: THE GREAT ROCK AND ROLL SWINDLE. This filmic collage also provides comic relief when the band's nihilistic mantra gets heavy. Which is not to say that the movie makes light of the Sex Pistols story. Its intelligent, reflective narration is given in current-day voice-overs from band members John Lydon (aka Johnny Rotten), Paul Cook, Steve Jones, Glen Matlock, and manager Malcolm McLaren. Also included are interviews with bassist Sid Vicious, who died of a heroin overdose in 1979. The film puts the British punk era into 21st-century perspective, hitting on everything from management discrepancies to "over-partying" to the how and why of the way the Sex Pistols wielded such enormous influence with their anti-establishment venom.

80%off
Ramones
Too Tough To Die: A Tribute To Johnny Ramone
$2.99 Super Savings
Add to Cart

Cadillac Sky
Letters In the Deep
$13.60
Add to Cart