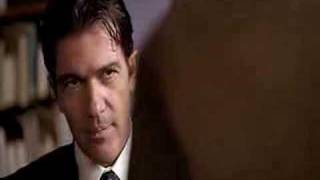 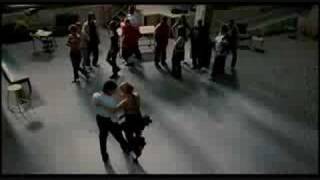 Mixing elements of sports film, feel-good drama, and teen movie--with a dash of social realism--TAKE THE LEAD is an inspiring tale of transformation through art and sports. Based on a true story, the film centers on the dashing Pierre Dulaine, an idealistic New York City ballroom dancer who was the subject of the runaway documentary hit MAD HOT BALLROOM (2005). After spying the desperate and violent actions of a young and angry high schooler named Rock, Dulaine becomes intent on channeling his talent into the service of troubled youth, and almost immediately approaches Rock's tough but well-meaning high school principal (the always radiant Alfre Woodward) with the idea of teaching ballroom dancing to detention students. Were it not for the fact that this is a story pulled from real life, the premise might ring false; the fact that it actually happened only makes the movie more powerful.

Though at first greeted with the expected disdain and cynicism by his street-hardened students--gang member Ramos, tough-as-nails Larhette, charming but overweight "Monster," and the lone white boy Kurd--all of them become transformed into dedicated, graceful, and talented dancers, performing the tango and rumba as confidently as they once initiated fistfights. Along with learning the technical steps of the ballroom, these youngsters are also exposed to their toe-tapping teacher's wisdom about life, learning everything from how to treat a lady to how to disengage from pointless violence. Former music-video director Liz Friedlander brings a kinetic energy to the film, and the pulsating hip-hop soundtrack is designed to attract youthful viewers.

Take The Lead
Inspired by a true story, Antonio Banderas stars as internationally acclaimed ballroom dancer Pierre Dulane in the energetic and moving film Take The Lead. When Dulane volunteers to teach dance in the New York public school system, his background first clashes with his students' tastes...but together they create a completely new style of dance.

Save the Last Dance
$6.50 Super Savings
Add to Cart