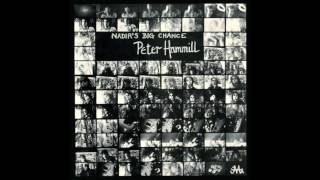 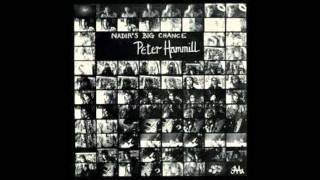 Peter Hammill: Rikki Nadir (guitar); David Jaxon (flute); Hugh Banton (bass guitar); Guy Evans (drums).
Personnel: Peter Hammill (bass guitar).
Representing a stylistic left turn for Peter Hammill, this raucous, messy, rock platter was often cited as an influence by the first wave of punks in England (the second album was often cited for being David Bowie's influence for Diamond Dogs). While essentially proving himself incapable of writing three-minute, three-chord rock & roll numbers, Hammill (taking on the guise of Rikki Nadir, i.e. dumb garage rocker) lays into his guitar with a vengeance, screaming out lyrics that are often unintelligible (the album did not come with a lyric sheet; this was the first Hammill album ever to make the listener depend upon the recording), while Guy Evans, Nic Potter, David Jackson, and Hugh Banton thrash along behind him. Among the treats are the title cut, "Birthday Special," the dolorous "Pompeii," and a remake of the early Van der Graaf Generator single "People You Were Going To." Hammill would never let himself be this wild and hairy again. ~ Steven McDonald