They crawled their way across the blazing sands of Africa... to turn disaster into victory! 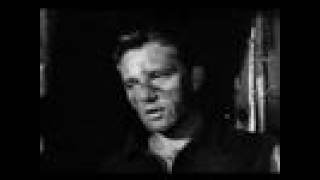 A sequel to the riveting and immensely popular THE DESERT FOX (directed by Henry Hathaway in 1951), THE DESERT RATS is a sweeping evocation of the North Africa campaign during World War II. In this expertly filmed adventure, British commando Captain Tammy MacRoberts (Richard Burton) takes charge of a hopelessly outnumbered but stubbornly defiant 9th Australian division at Tobruk in 1941 in their heroic stand against Field Marshal Erwin Rommel (James Mason, reprising his role from the first film) and his Afrika Corps. Their new leader wastes no time in alienating his men by implying they are inferior, but the Australians prove themselves both plucky and amusing. Among the garrison is Tom Bartlett (Robert Newman), MacRoberts's old English teacher at college who is a lowly volunteer and a raging alcoholic. When MacRoberts leads a commando raid behind enemy lines and is captured, he is taken to a German field hospital tent where he meets the infamous Rommel, the two conversing civilly about war in one of the film's most intriguing scenes. A fascinating and exciting tale, THE DESERT RATS is beautifully photographed, and the interplay between the characters enhances the already interesting, factual story.

Raid on Rommel
$19
Add to Cart