An evil white landowner is put on trail by his former servants after a brutal uprising. 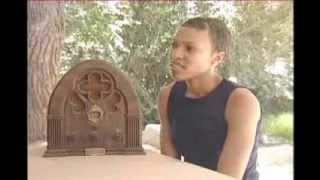 Violent revolution topples the racist regime of an apartheid nation in Africa. New laws decree that all slaves and servants are now the masters and may arrest, try and punish their dispossessed lords. Most of the white ruling class flee into exile, but one stubborn landowner unwisely defies the edict and stays behind. He is captured, bound and dragged before an impromptu court to be tried by his angry ex-slaves. The surviving victims angrily bear witness to his barbarous crimes of bondage, torture, rape and murder. The accused is viciously beaten and stomped until the final sentence is pronounced.

Independent filmmaker Ted V. Mikels, who appears here as the condemned slavemaster, explores the darker side of sadomasochistic fetishism in this grim, disturbing vision of violent retribution. Filmed in 1997, Female Slaves Revenge is not for the faint-hearted or the easily offended.

Slavery | Vengeance | Exploitation | Africa
This product is made-on-demand by the manufacturer using DVD-R recordable media. Almost all DVD players can play DVD-Rs (except for some older models made before 2000) - please consult your owner's manual for formats compatible with your player. These DVD-Rs may not play on all computers or DVD player/recorders. To address this, the manufacturer recommends viewing this product on a DVD player that does not have recording capability.