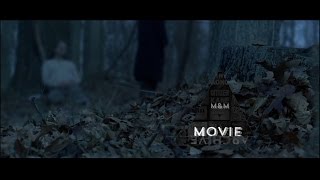 Driving South to Richmond, Washington Post reporter John Klein (Richard Gere) finds himself unexpectedly way off course--in the small town of Point Pleasant, West Virginia--knocking on the door of Gordon and Denise Smallwood (Tom Patton and Lucinda Jenney). Gordon is irate. This is the third night in a row that Klein has knocked on his door at 2 a.m. When Sgt. Connie Parker (Laura Linney) arrives to investigate, Klein discovers this is just one of many strange events occurring in the town. With Parker's help, Klein investigates. Soon, he becomes convinced that some catastrophe is about to occur.

In THE MOTHMAN PROPHECIES, scriptwriter Richard Hatem and director Mark Pellington play upon the strange events that reportedly occurred in Point Pleasant in the mid-1960s. As in ARLINGTON ROAD, Pellington makes great use of a restless, prowling camera and ominous sound effects provided by sound editor Kelly Cabral, sound mixer Pud Cusack (she also worked on ARLINGTON ROAD), and sound designer Claude Letessier. Pellington gets fine performances from Gere, Linney, Patton, Alan Bates as a paranormal investigator, and Debra Messing--striking in the too-small role of Klein's wife--before he produces a spectacular final sequence.