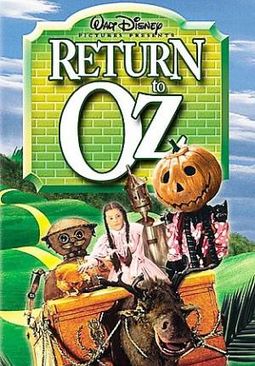 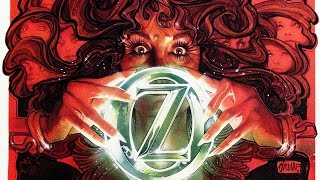 This sequel to THE WIZARD OF OZ adheres to author L. Frank Baum's wonderful fantasy novels as Dorothy returns to Oz where she battles a powerful Gnome King and a vain witch. Helping her are a cute robot named Tik Tok, a gangly jack 'o' lantern, and a talking chicken. Some material may be frightening for very young children. Academy Award Nominations: Best Visual Effects.

Return To Oz
If you loved THE WIZARD OF OZ, you'll love accompanying Dorothy on this second thrilling adventure based on L. Frank Baum's "Oz" books! Dorothy finds herself back in the land of her dreams ... and makes delightful new friends (like Tik Tok, Jack Pumpkinhead, and the Gump) ... and dangerous new enemies (the creepy Wheelers, the head-hunting Princess Mombi, and the evil Nome King). With every twist in the yellow brick road, you'll find awesome new surprises and special effects that will astound you!

A dark return visit to L. Frank Baum's astonishing world of Oz.
After clicking her red shoes together and finally returning to Kansas, Dorothy finds that, in fact, there is someplace better than home -- especially when her family concludes that
any girl who keeps insisting that she's visited a magical kingdom isn't right in the head. So young Dorothy journeys back into the magical realm of Oz, only to find a crumbling yellowbrick road and the Emerald City in an advanced state of decay.