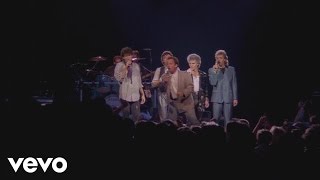 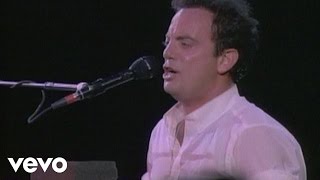 2 LPs on 1 CD.
Personnel: Billy Joel (vocals, guitar, keyboards); Russell Javors (acoustic & electric guitars); Kevin Dukes (electric guitar); Mark Rivera (saxophone); Dave Lebolt (keyboards); Doug Stegmeyer (bass); Liberty DeVito (drums); Peter Hewlett, George Simms (percussion).
Recorded live in the U.S.S.R.
All tracks have been digitally remastered using 24-bit technology.
Personnel: Billy Joel (vocals, piano); Russell Javors (acoustic guitar, electric guitar); Kevin Dukes (electric guitar); Mark Rivera (saxophone); Dave Lebolt (keyboards); Doug Stegmeyer (bass guitar, background vocals); Liberty DeVitto (drums); Pete Hewlett, George Simms (background vocals).
Once he had a decade of uninterrupted multi-platinum albums and had tasted the sweet fruit of the high life, Billy Joel decided that it was time for something different -- it was time to get serious. The first hint of this was his celebrated Russian tour in 1987. Not many rock artists had been allowed to tour the U.S.S.R., so this was a big deal. Joel took his task very seriously, embracing his role as musical and cultural ambassador from the West and acting solemnly throughout the tour. Besides the temper tantrum where he pushed his piano off stage, of course, but even that could be seen as a rock & roller taking his message to the people. If you're charitable, that is. That defining moment of the tour is captured at the end of Kohuept (sadly, it was trimmed for a subsequent CD reissue), a live double-album (single-disc) document of the Russian tour. At the time, it may have been a big event, and personally, it was a turning point for Joel, but musically, it wasn't much of anything. Supported by an augmented version of his touring band, Joel runs through a predictable selection of hits, drawing heavily from The Bridge, but making sure to hit such favorites as "Angry Young Man," "Honesty," "Stiletto," "An Innocent Man," "Allentown," "Only the Good Die Young," "Big Shot" and "Sometimes a Fantasy." For topicality's sake, he adds "Back in the U.S.S.R." and "The Times They Are A-Changin'" to his repertoire. All of it is professionally performed, but most of it sounds like slicker versions of the original studio takes. Still, die-hard fans would want this as a souvenir of a show they were never able to see and perhaps casual fans would want to use this as a de facto greatest-hits collection. ~ Stephen Thomas Erlewine

80%off
Billy Joel
To Make You Feel My Love / Summer, Highland Falls
99¢ on Sale
Add to Cart