Nuclear Power. In the best hands, it is dangerous. In the hands of Lex Luthor, it is pure evil. This is Superman's greatest battle. And it is for all of us. 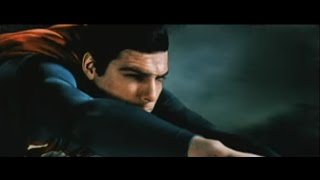 Superman has recognized at last the greatest threat to humanity, and he is out to rid the world of nuclear weapons. But Lex Luthor, now a nuclear arms entrepreneur, creates Nuclear Man--a solar-powered Kryptonia Android and genetic clone whose powers equal (and potentially surpass) those of Superman--to rid the world of the Man of Steel. Christopher Reeve once again dons the Superman costume, this time for director Sidney J. Furie (LADY SINGS THE BLUES), receiving wonderful support from regulars Margot Kidder, Gene Hackman, and Jackie Cooper in addition to newcomers Mariel Hemingway and Jon Cryer.

The Man of Steel returns for the third time in this sequel, in which he tells the world that he will rid the planet of all nuclear weapons. This does not sit well with Superman's nefarious archenemy Lex Luthor, who has become a nuclear arms dealer. So Luthor creates Nuclear Man, a being with the same powers as Superman, who proceeds to demolish famous sites across the globe. This leads to a climactic fight between Superman and Nuclear Man on the moon--a confrontation that will determine the fate of the planet.