297K ratings
Currently Out of Stock: We'll get more as soon as possible
Notify Me When Available
Add to Wishlist
Format:  DVD  (3 Discs)
sku:  35CE6
Related products:
Yi Yi for $34.50
Our customers love us! 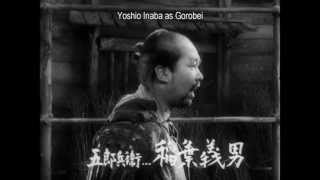 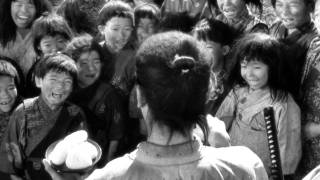 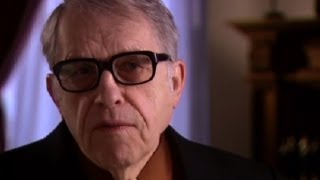 On the Violence of Seven Samurai (Featurette)

Set in 16th Century Japan, Akira Kurosawa's epic SEVEN SAMURAI follows the plight of a defenseless farming village that lives in constant fear of marauding bandits. The farmers know that when their crops are harvested, the thugs will attack, so four men go to town in hopes of employing samurai to fight for them. However, the poor villagers can merely offer payment in the form of shelter and a daily bowl of rice, and initially only Kambei (Takashi Shimura), a brave elder samurai, and his eager young apprentice, Katsushiro (Isao Kimura), take up their cause. Encountering various nomadic warriors on the streets, they slowly put together his team of swordsmen, recruiting Shichiroji (Daisuke Katô), Gorobei (Yoshio Inaba), Heihachi (Minoru Chiaki), and Kyuzo (Seiji Miyaguchi). Finally, Kikuchiyo (Toshirô Mifune), a scruffy wanderer who has been trailing them, completes the small band of ronin. However, upon reaching the village, the samurai learn that the farmers fear them as much the enemy. Despite the tensions, Kambei and his men slowly train the peasants to defend their village. Eventually the warriors launch a preemptive strike against the bandits, and begin a series of intense conflicts that culminates in a rain-soaked final battle--without a doubt, one of the most stunning sequences in cinema history.

Widely considered to be the greatest Japanese film ever made, Kurosawa's SEVEN SAMURAI is also credited with pioneering the modern action movie. This notion is especially evident in thrilling scenes such as Kambei's rescue of a kidnapped child, Kyuzo's duel, and Kikuchiyo's intensive theft of an enemy gun. Although the film clocks in at more than three hours, the story remains consistently engaging and slowly heightens the tension while providing action, drama, comic relief, and character development. Gleefully running amuck, Mifune gives one of his most renowned performances, imbuing the often comical Kikuchiyo with a surprising streak of melancholy and introspection. However, it is Shimura that anchors the entire film as the thoughtful and courageous Kambei, who stoically takes on the leadership of an almost impossible task. A monumental achievement in filmmaking, Kurosawa's SEVEN SAMURAI is cinematic perfection in nearly every aspect, giving the production its much-deserved status as one of the best films ever created.