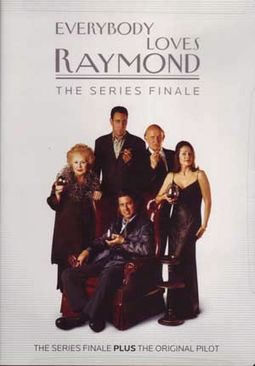 Ray Romano's long-running and much-loved sitcom finally comes to an end after nine seasons, during which time audiences did indeed come to love Raymond. A surprise hit when it first came out, the show was based on Romano's stand-up routine that targets married life from the male perspective. He plays Ray Barone, a successful sports writer living on Long Island, who by all accounts has it all: a beautiful wife, Debra (Patricia Heaton), upon whom he dotes, great kids, and a successful career. But familial bliss is constantly interrupted by Ray's meddlesome parents, Frank (Peter Boyle) and Marie (Doris Roberts), who live across the street; an annoying brother, Robert (Brad Garrett), further gets in the way. Needless to say, none of the family members believe in knocking. In the final season, Frank and Marie are on the verge of moving to a retirement home, until Debra voices some doubts. Ray learns the joys of angry sex, while Debra's divorced parents rekindle their own relationship over Thanksgiving--or do they' Frank endures some unfortunate side effects to his potency medication, while a minor faux pas Ray makes with a friend of his son's spins wildly out of control. Episodes include "PT&A," "Boys' Therapy," a special behind-the-scenes documentary special, and the show's finale.